TADPOLE's first phase is complete and we have evaluated all the prize-eligible submissions.

Check below for a description of the evaluation dataset and the overall rankings.

Note (14 June 2019): The rankings in each prize category can be found by ordering according to Diagnosis MAUC, and ADAS and Ventricle MAE. The overall rankings below require valid submissions for every target variable.

The results on the D2 dataset suggest that we do not have a clear winner on all categories. While Frog had the best overall submission with the lowest sum of ranks, for each performance metric individually we had different winners: Frog (clinical diagnosis MAUC of 0.931), ARAMIS-Pascal (clinical diagnosis BCA of 0.850), FortuneTellerFish-Control (ADAS MAE and WES of 4.7), VikingAI-Sigmoid (ADAS CPA of 0.02), EMC1-Std/EMC1-Custom (ventricle MAE of 0.41 and ventricle WES or 0.29), and DIKU-ModifiedMri-Std/ DIKU-ModifiedMri-Custom (ventricle CPA of 0.01).

Here, most submissions have worse performance compared to the equivalent predictions on the D2 longitudinal dataset, due to the lack of longitudinal, multimodal data. GlassFrog-Average had the best overall rank and obtained a diagnosis MAUC of 0.897, ADAS MAE of 5.86 and a Ventricle MAE of 0.68 (% ICV). For diagnosis prediction, IBM-OZ-Res obtained the highest clinical diagnosis scores: MAUC of 0.905 and BCA of 0.830. For ADAS predictions, CyberBrains had the best MAE and WES of 4.72. ATRI-Biostat-MA obtained the best ADAS CPA of 0.04. For Ventricle prediction, GlassFrog-LCMEM-HDR had a MAE of 0.48 (% ICV) and the best WES of 0.38, while the 6 DIKU submissions obtained the best CPA of 0.05.

In addition to the standard predictions and the benchmarks, we also included two consensus predictions by taking the mean (ConsensusMean) and median (ConsensusMedian) over all predictions from all participants. For D2 predictions, the ConsensusMedian submission obtained the best overall rank, obtaining MAUC of 0.925 in diagnosis prediction (second-best), 5.12 error on ADAS-Cog 13 MAE (ninth-best) and 0.38 on Ventricles MAE, the best result in this category for D2. On the other hand, ConsensusMean ranked 3rd overall on D2, with diagnosis MAUC of 0.920 (fourth-best), ADAS-Cog 13 MAE of 3.75, the best prediction in this category, and Ventricle MAE of 0.48 (rank 16). For ADAS-Cog 13 and Ventricle volume prediction, the best consensus methods reduced the error by 11% and 8% respectively compared to the best prediction from participants or benchmarks.

In order to test whether the best results have not been obtained by chance due to randomness in the test set, we evaluated n=62 (as many as number of entries) randomly perturbed predictions from the simplest benchmark, BenchmarkLastVisit, and computed the best results obtained by any of these predictions. These are shown as RandomisedBest, and obtain high scores especially for ADAS-Cog 13, ranking 3rd with a final MAE of 4.52. High performance scores are also obtained for Ventricles, ranking 14 with an MAE of 0.47, a 14% increase in error from the best forecast, while for diagnosis prediction a lower MAUC score of 0.797 is obtained, ranking 43rd. This suggests that the entries with higher MAE than RandomisedBest should be interpreted with care, as the scores and ranks could be high due to randomness in the test set. This is particularly relevant for ADAS-Cog 13 predictions, where only the BenchmarkMixedEffects and ConsensusMean got better results, suggesting all other methods are not able to predict the ADAS-Cog 13 any better than random guessing based on the last available measurement.

It is worth mentioning that, while drafting the manuscript, we discovered that dropping APOE as a covariate in the BenchmarkMixedEffectsAPOE model considerably decreases the error in ADAS prediction, so we included it as an additional entry for scientific interest.

Below are confidence intervals (CIs) computed for every submission, based on 50 bootstraps of the test set D4. The first figure (Fig. 1) shows CIs based on forecasts from D2, while the second (Fig. 2) shows CIs for forecasts on D3. 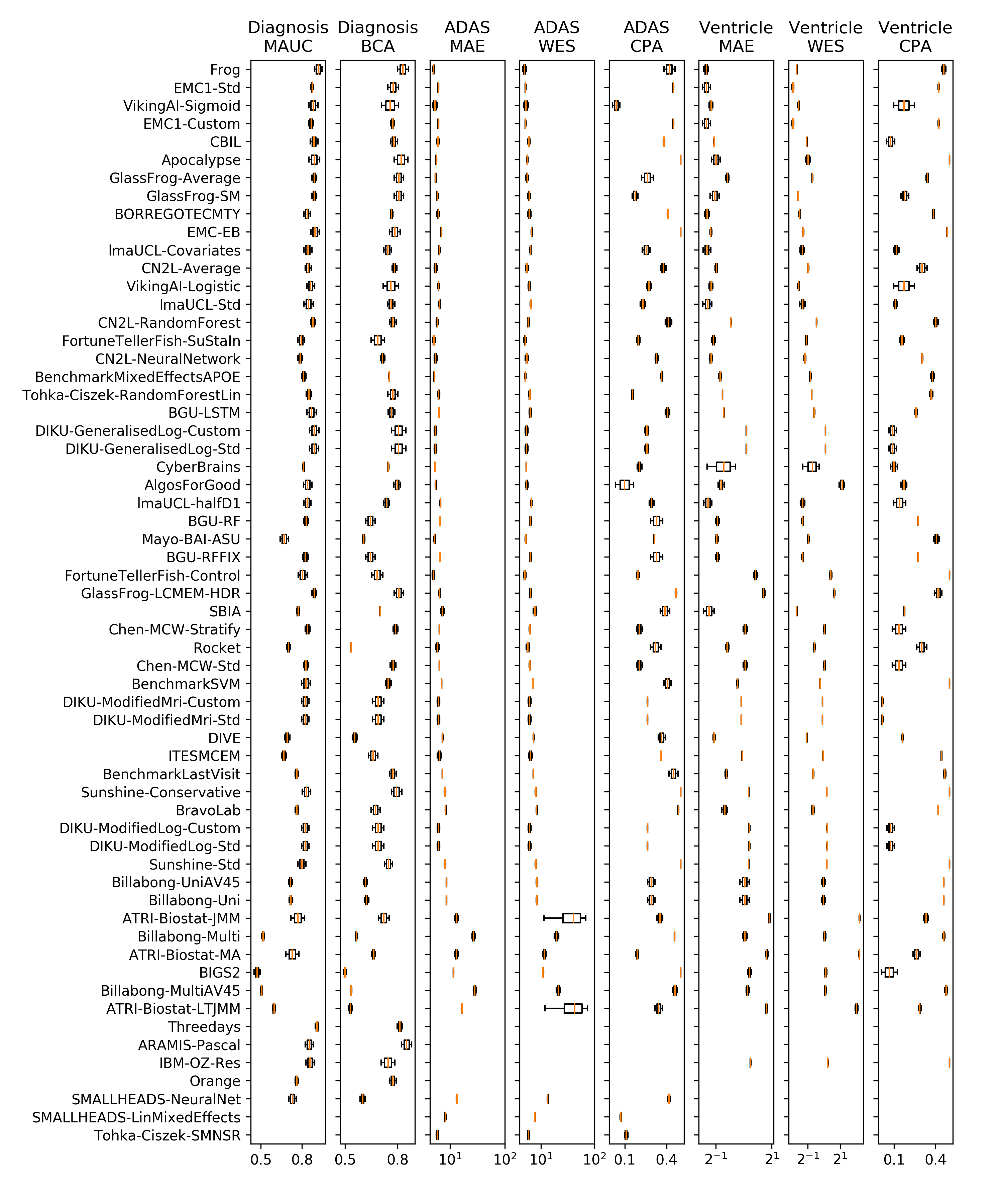 Fig 1. Confidence intervals for forecasts based on the longitudinal D2 prediction set. 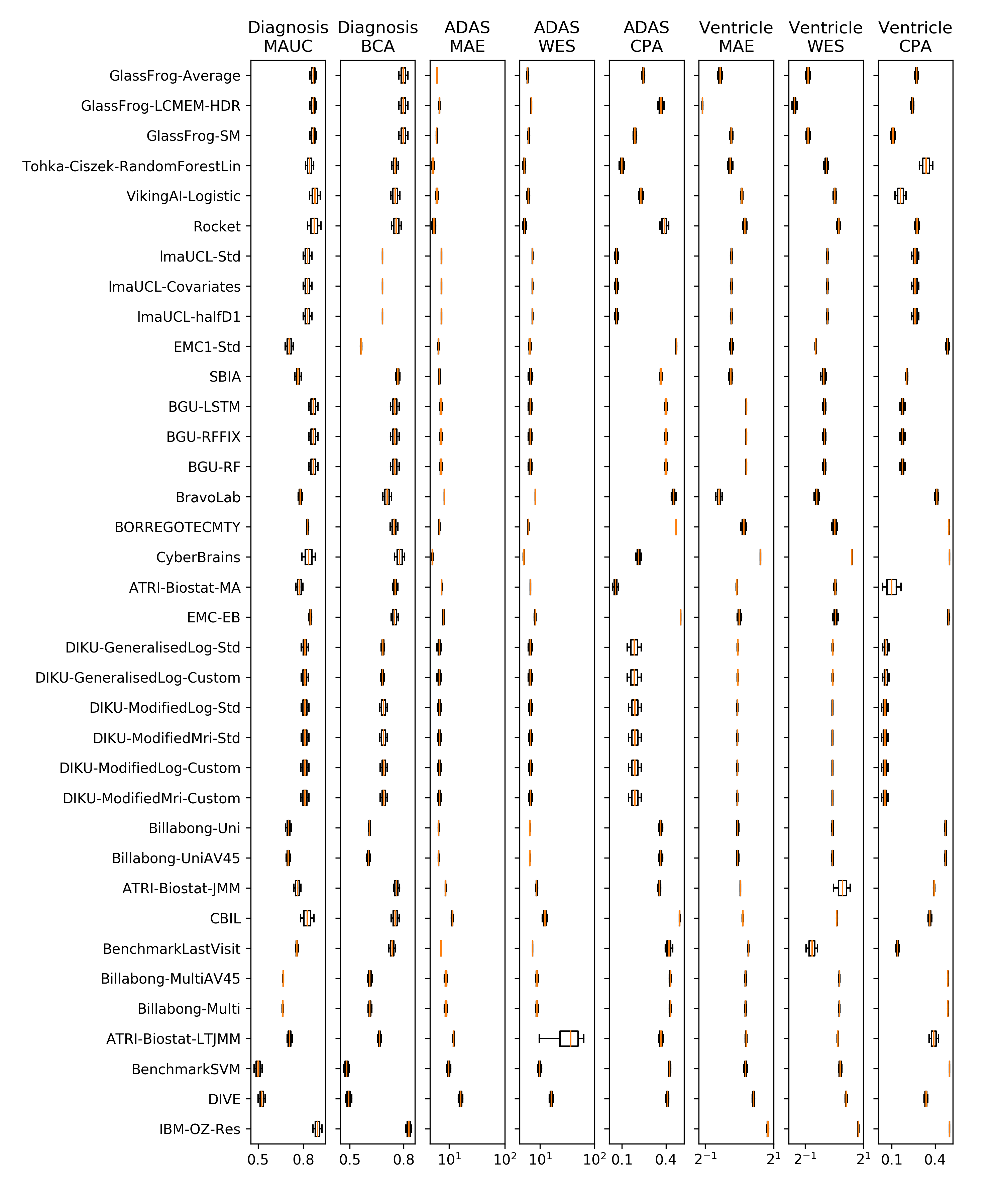 Fig 2. Confidence intervals for forecasts based on the cross-sectional D3 prediction set.

To understand which types of features and algorithms yielded higher performance, we show here associations between predictive performance and feature selection methods, different types of features, methods for data imputation, and methods for forecasting of target variables (diagnosis, ADAS and ventricles). For each type of feature/method and each target variable (clinical diagnosis, ADAS and Ventricles), we show the distribution of estimated coefficients from a general linear model, derived from the approximated inverse hessian matrix at the maximum likelihood estimator. From this analysis we removed outliers, defined as submissions with ADAS MAE higher than 10 and Ventricle MAE higher than 0.15 (%ICV). For all plots, distributions to the right of the gray dashed vertical line are associated with better performance. 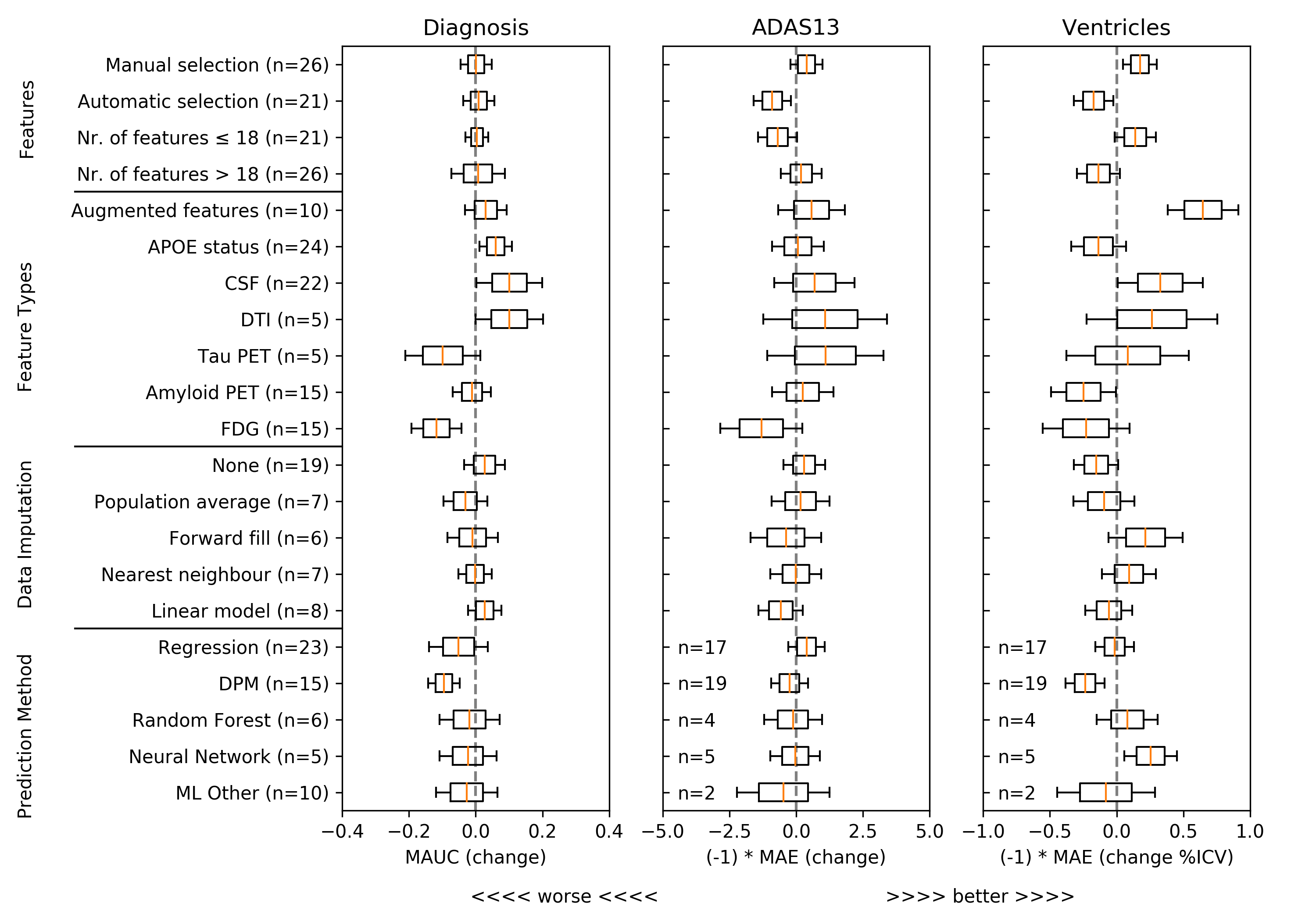 Fig 3. Associations between the prediction of clinical diagnosis, ADAS and Ventricle volume and different strategies of (top) feature selection, (upper-middle) types of features, (lower-middle) data imputation strategies and (bottom) prediction methods for the target variables. For each type of feature/method (rows) and each target variable (columns), we show the distribution of estimated coefficients from a general linear model. Positive coefficients, where distributions lie to the right of the dashed vertical line, indicate better performance than baseline (vertical dashed line). For ADAS and Ventricle prediction, we flipped the sign of the coefficients, to consistently show better performance to the right of the vertical line.

Summary of TADPOLE datasets D1-D4. Each subject has been allocated to either Control, MCI or AD group based on diagnosis at the first available visit within each dataset. The bottom table contains the number of visits with data available, by modality. For example, in D4 there were a total of 150 visits where an MRI scan was undertaken, which represented a total of 64% of all visits analysed across all subjects in D4.

We had a total of 33 participating teams, who submitted a total of 58 forecasts from D2, 34 forecasts from D3, and 6 forecasts from custom prediction sets. A total of 8 D2/D3 submissions from 6 teams did not have predictions for all three target variables, so we only computed the performance metrics for the available target variables. Another 3 submissions lacked confidence intervals for either ADAS or ventricle volume, which we imputed using default low-width confidence ranges of 2 for ADAS and 0.002 for Ventricles/ICV.

Table 1 below summarizes the methods used in the submissions in terms of feature selection, handling of missing data, predictive models for clinical diagnosis and ADAS/Ventricles biomarkers, as well as training and prediction times. Condensed descriptions of each submitted method can be found here, while even more detailed descriptions are here (original files submitted by participants). 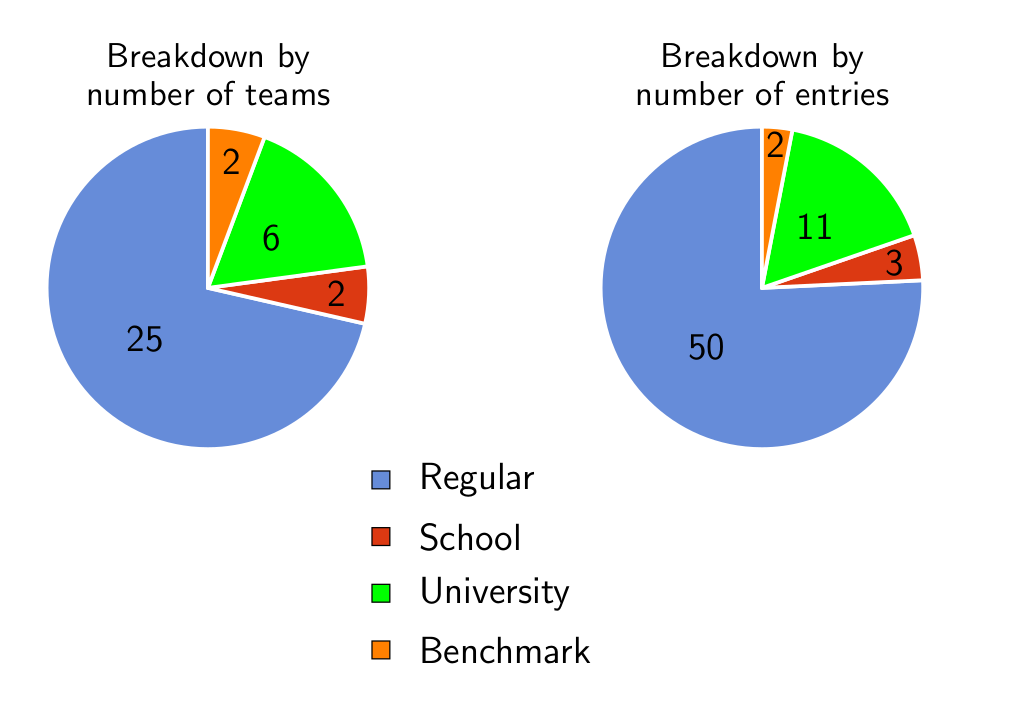 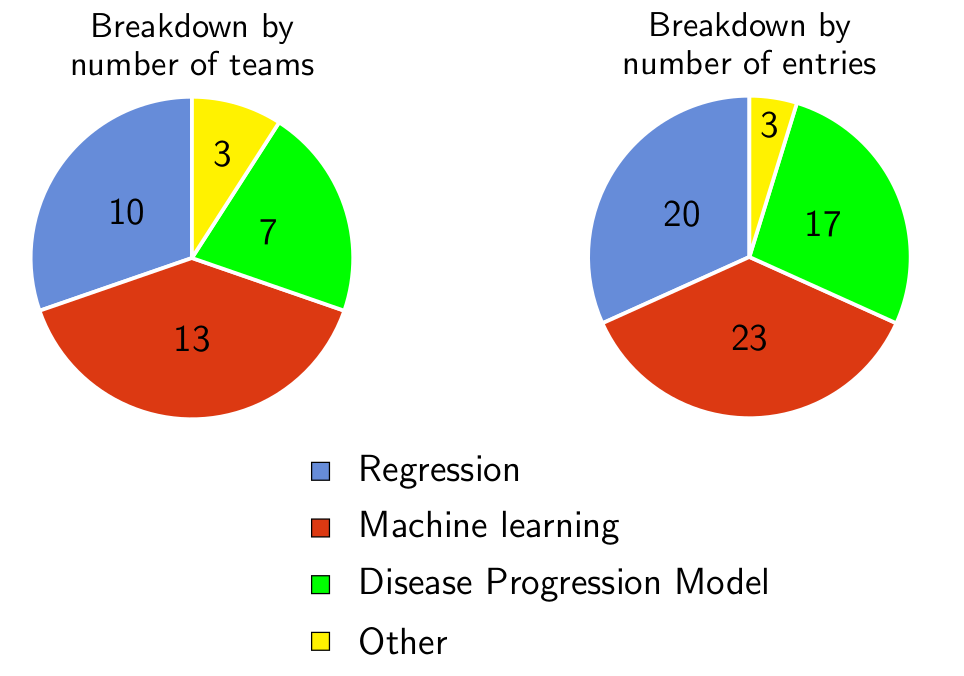